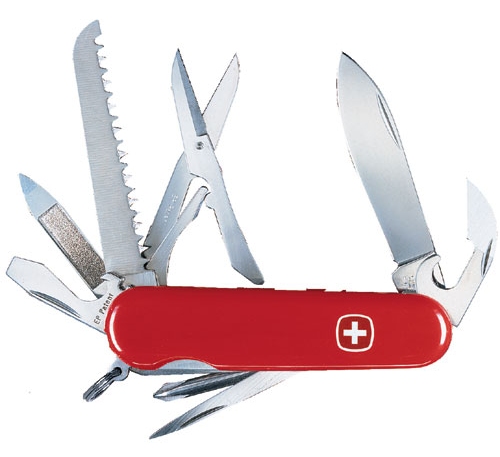 The Wenger Handyman is an 85mm Swiss Army Knife with four tool layers, which include the basic tools, plus scissors and a wood saw.

An earlier version of this model was known as the 776 - See History.

Red synthetic are standard, but also available in black.