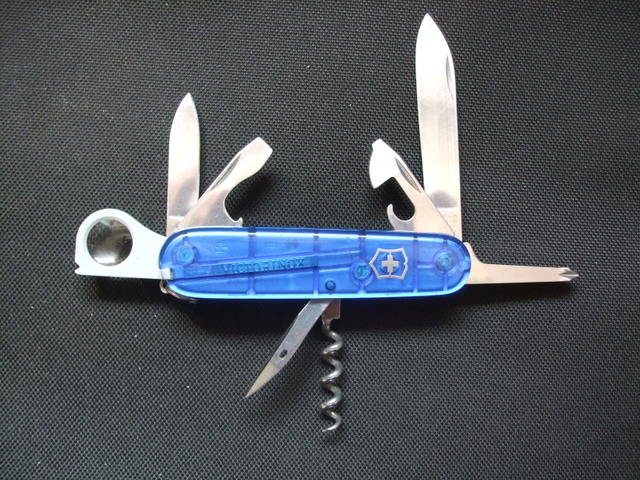 The Passenger is a Victorinox 91mm 3-layer model, that will appeal to the minimalist looking for the Magnifying Glass or Inline Phillips tools, and not concerned about the Scissors tool. Discontinued model. 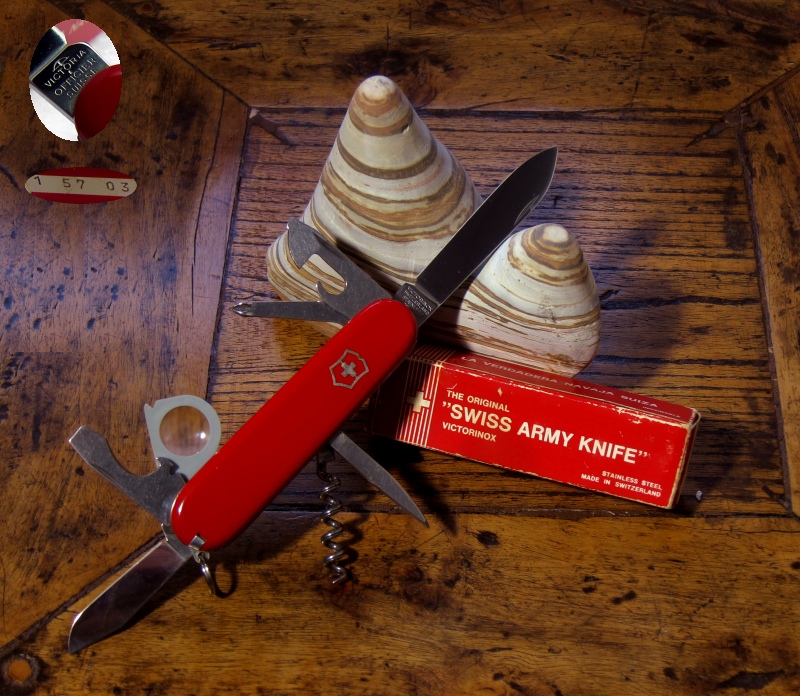 This knife is the predecessor of the modern Explorer which adds a scissors.

Victorinox reported (2010.01.29) that the exact date of production cannot be determined for this model. They speculate that it was probably available prior to 1992 as a 'special production'. A model casually known as the 'Alpineer' (due to its large metal inlay with graphic and text on the top scale) appears to have been one of these special runs. However; empirical information shows that this tool configuration was available much earlier.

The Battle of St. Jakob was released in 1987 and has the nearly identical configuration. In addition a sample was uncovered that shows this model goes back at least as far as the very early nineteen seventies, and for a while used the official model number of (1 57 03 / 1.5703) which happens to also be the model number used for the early Explorer models.

While this model can be hard to find they have been showing up increasingly on online auction sites since 2008.