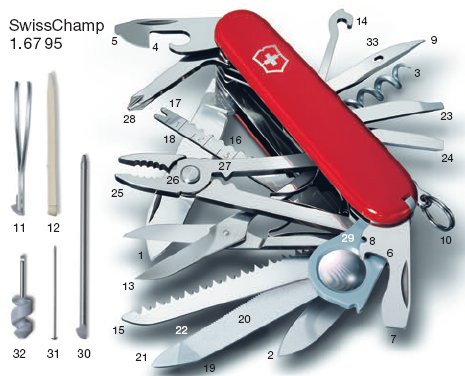 In 1897, six years after he first started manufacturing the Soldier's knife, Karl Elsener brought out his Officers' Knife. This model introduced the legendary corkscrew, some consider to be the defining tool of a Swiss Army Knife, and the secondary blade, in a new frame size - 91mm. The model was the ancestor and equivalent of today's Spartan.

These Officers' knives, however, have never been issued to army officers or been part of a military contract, although they were designed to be attractive to an officer with its corkscrew! An officer would purchase a knife with his own money. Strangely, however, the Officers Knives have been the quintessential  Swiss Army Knives for the public at large, once they spread beyond the military. The 91mm knives offer the most variety in tool configuration, and have been used in industries from farming to space exploration.

The knives originally just had model numbers such as 246fmaU  (- an early 'Champion'). Descriptive names such as those in the list below, were introduced at least from the 1950s, although they were not standardised across all markets and dealers. A full cutover to the descriptive names and a new model numbering convention took place in the mid-seventies.

As can be seen from the list below: Many, many 91mm models have been produced - Most are no longer available - see note under Models.
This document reviews the current (2019) 91mm range and can be downloaded.
The external references section below has links to 91mm identification and evolution documents.

For the tool to model configurations - Check the layer tables and the individual model pages (see right and below), or the Family Trees and Model Images section below.

Available models (2020) are marked with an asterix(*) and can also be seen in the Family Trees and Model Images section below. 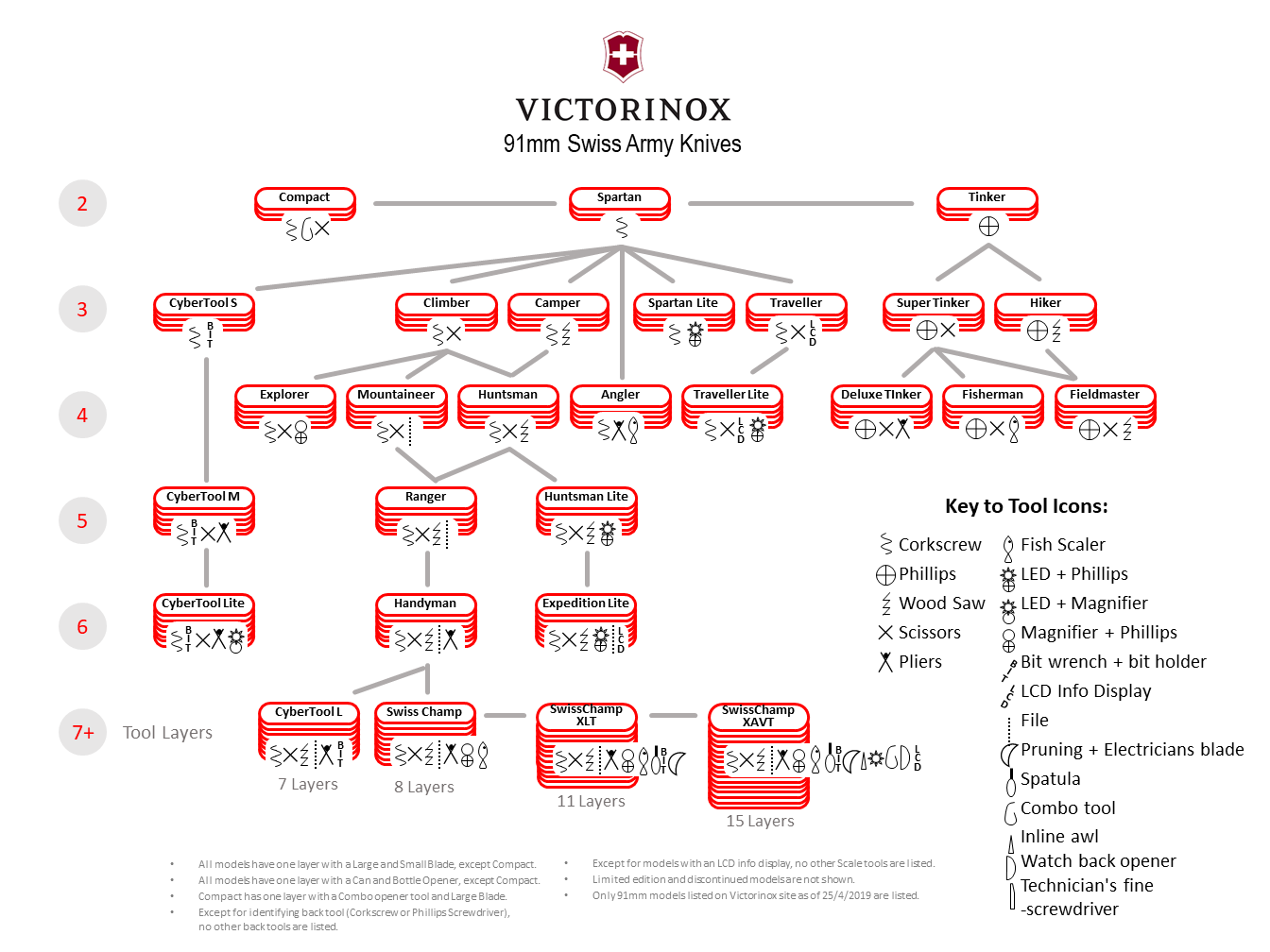 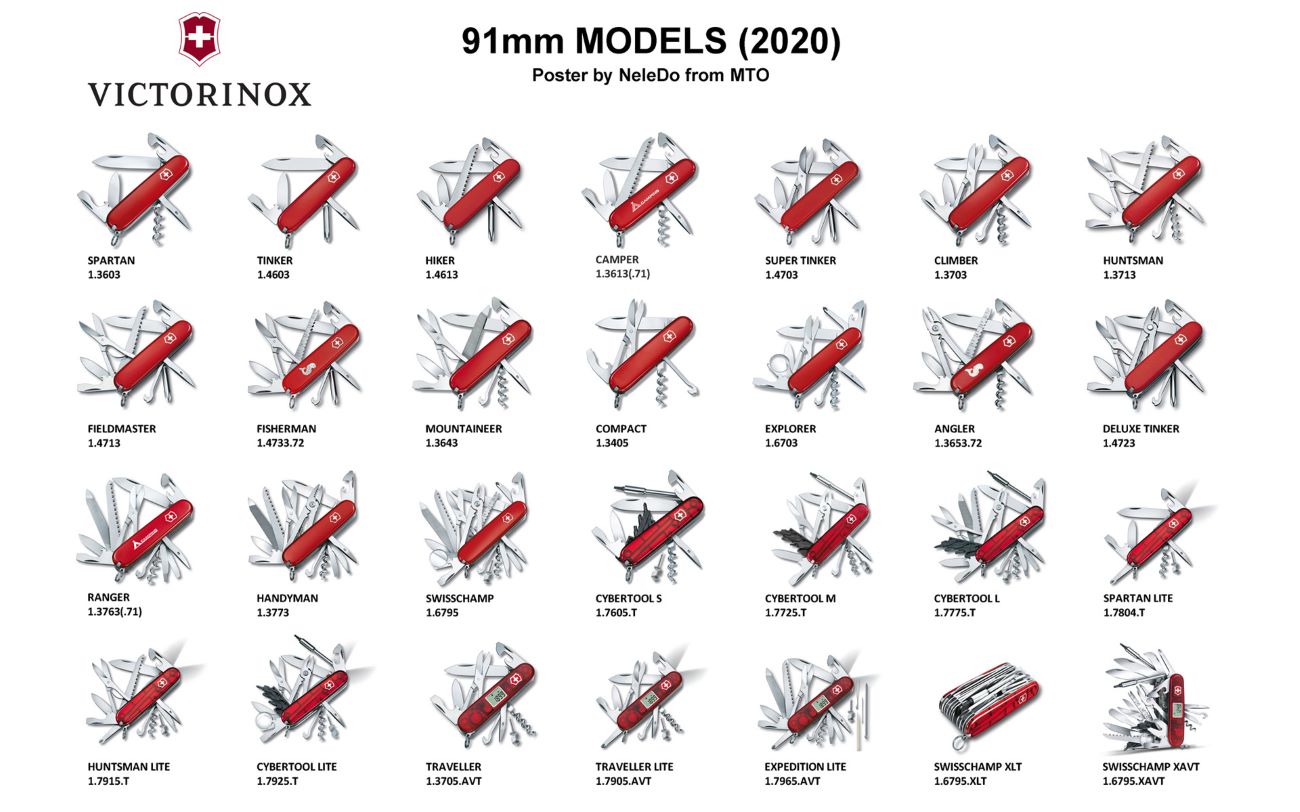